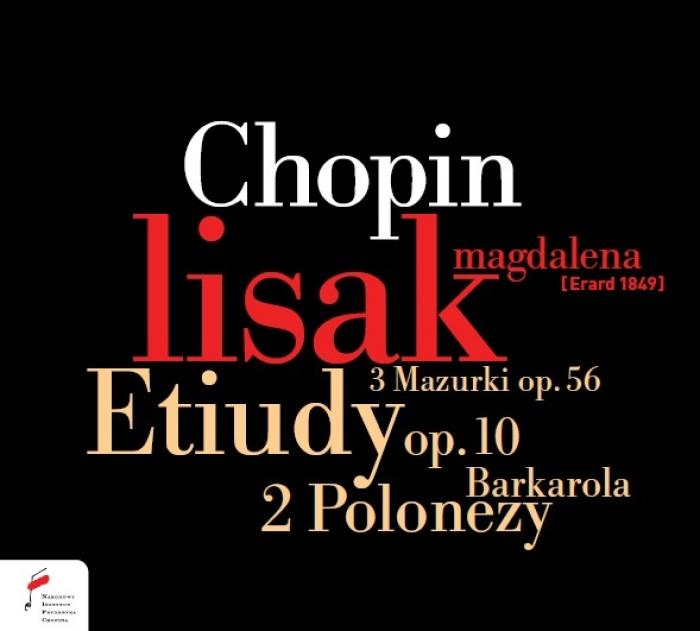 This is another disc in the series ‘The Real Chopin’ – the world’s first phonographic collection of the complete works of Fryderyk Chopin on period instruments. The first edition of the series was highly rated by critics around the world and proved a great success on the international record market, as well as winning numerous prizes, including a Diapason d’Or. The latest release features Etudes from Op. 10, the Mazurkas, Op. 56, polonaises, nocturnes and the Barcarolle, interpreted by Magdalena Lisak, a prize-winner of the Chopin Competition, on an 1849 Erard.